Frankly, penis size is a very personal matter. There are many misunderstandings and taboos in this regard and also so called “miracle cures”, which then lead to more frustration than pleasure. We show you which methods are possible and really make sense when you want to change your most important “tool”. 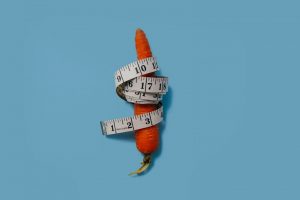 The penis is the symbol of masculinity and its size has been a philosophized topic since the beginning of time. What is the right length, thickness, hardness and so on. Size comparisons are meaningless as our physiques fluctuate heavily depending on origin. In the end, the size you are comfortable with is a personal manner.

Many men would like a larger penis, and until the 1980s, there was no effective surgical method to make this dream a reality. However, the majority of men treat this as a taboo subject and are ashamed to talk or introduce it to a new partner…

This can lead to social isolation and loneliness. Many of these men try useless pumps or various other instruments to mechanically lengthen their penis. They may suffer from this for years, waste money, until they finally realize that none of them help. Various scammers sell tablets, creams, etc., which are said to extend the penis. At best they are useless; in the worst case, they can cause serious harm!

Additionally, every man loses some of the functionality of his penis at some point. Approximately 70% of all erectile dysfunction is caused by age or lifestyle – due to decreasing testosterone levels and direct vascular changes in the penis. On average, a man loses 1.5 to 2.5 cm of penis length between his 30th and 70th year.

In 1984, Professor Long developed a penis lengthening procedure in China, and in the past 30 years, more than 100,000 of these operations have been performed worldwide.

There are many different reasons for the desire for a thicker, larger or longer penis. Many men are unhappy with the appearance of their penis, even though length and girth of their penis is totally within the “norm”.

REASONS FOR A PENIS ENLARGEMENT

Penis enlargement should help you overcome these insecurities and to stop being consumed by such negative thoughts.

METHODS WITH NO EFFECT

The effect of such methods is minimal if any, short-lived and carries serious risks such as tissue or blood vessel damage. There is no procedure other than a surgical procedure that is clinically confirmed to permanently enlarge a penis.

In penis enlargement, the procedure is based on the fact that approximately 50% of the total length of the penis is inside the body. By loosening the straps of the erectile tissue from the pubic bone, the part of the penis in the body can be moved outwards. The straps are achieved by a short, straight or V-shaped cut above the pubic bone. During the operation, approximately 90-100% of the penis straps are severed. The penis can then be pulled down, which results in an extension of the penis of around 2 cm to 6 cm. How much length can actually be gained depends on the length of the straps, which are different for each man.

The only effective methods for penis enlargement are plastic surgery and medical-aesthetic procedures. This is the only possible method. No matter how hard you try, you cannot get this increase with mechanical training or medication. Serious and realistic advice from a specialist is important! 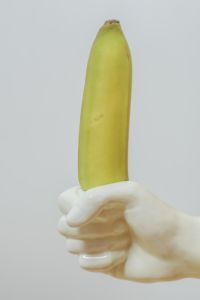 The male penis consists of a visible part and a part hidden within the body. During a penis enlargement surgery, the penis suspensory ligaments are severed in an operative procedure. This allows to move a part of the “hidden” penis downwards and outside the body. The visible section of the penis increases and leads to a visual gain in length of between 2 and 4 centimetres in the flaccid state.

We reach the suspension strap of the penis via a short, straight or V-shaped incision over the pubic bone. During the operation, 90-100% of the suspensory ligament is severed. The penis can be pulled down to reach a 2-4 cm extension of the penis. The longer the flabby penis is originally, the longer the extension. The small, straight or V-shaped incision is well hidden under the pubic hair. The angle of the erection is lowered by 15°, but this does not affect the sexual function negatively.

Depending on the initial size, the extension of the penis reaches 2-4 cm. In the first month, the penis usually shrinks 0.5-1 cm, but within 2 months, it will naturally lengthen itself. If penile thickening is not conducted at the same time, sexual intercourse is allowed again after four weeks. In combination, intercourse is prohibited for 8 weeks.

Swelling, bruising, and mild pain are normal after every operation. Excessive bleeding is very rare. It usually occurs in people who took anticoagulant medication and did not tell the doctor. The risk of infection is less than 1% with our prophylactic antibiotic treatment. This surgery can affect the erection of the penis if swelling or bleeding occurs near the blood vessels or nerves of the penis. 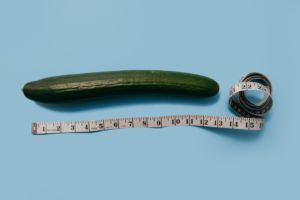 Penis thickening is achieved with autologous fat transplantation, ie with the body’s own tissue. The penis circumference is extended by 2-4 cm and the penis volume is about 80% greater regardless of whether it is a “blood penis” or “meat penis”. The autologous fatty tissue is usually taken from the inside of the thighs or from the abdomen, enriched with the body’s own stem cells and then distributed evenly under the penile skin with special, fine, blunt cannulas. It then takes about 8 weeks for the fatty tissue to regrow completely after penile thickening. The success rates with this method are very high, close to 98 percent, if you follow the instructions recommended by the doctor.

Swelling, bruising, and mild pain are normal after every operation. If you are uncircumcised, it may be difficult to retract the foreskin due to increased penile volume and swelling. Within two weeks this problem is solved. Excessive bleeding is very rare. It usually occurs in people who took anticoagulant medication and did not tell the doctor. The risk of infection is less than 1% with our prophylactic antibiotic treatment. This operation has no negative impact on penile erection functionality. 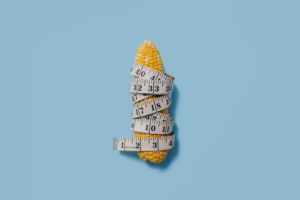 We enlarge the glans with injections of hyaluronic acid. Hyaluronic acid is a complex sugar molecule that is one of the main constituents of our connective tissue. It is gel-like and can draw a hundred times more water than its own volume. The glans is first anaesthetised with a local anaesthetic seal. Due to this local anaesthetic, the treatment is painless. The enlargement also increases the sexual pleasure of both partners, as there is better contact between vagina and penis. Additionally, several studies have shown that acorn enlargements with hyaluronic acid reduce the incidence of premature ejaculation.

Swelling, bruising is rare. The injections are painless as we use our local anesthetic seal. Infections are rare.

A combination of the methods is possible, though each case is unique and should be consulted with a specialist.